Plus or Minus Two 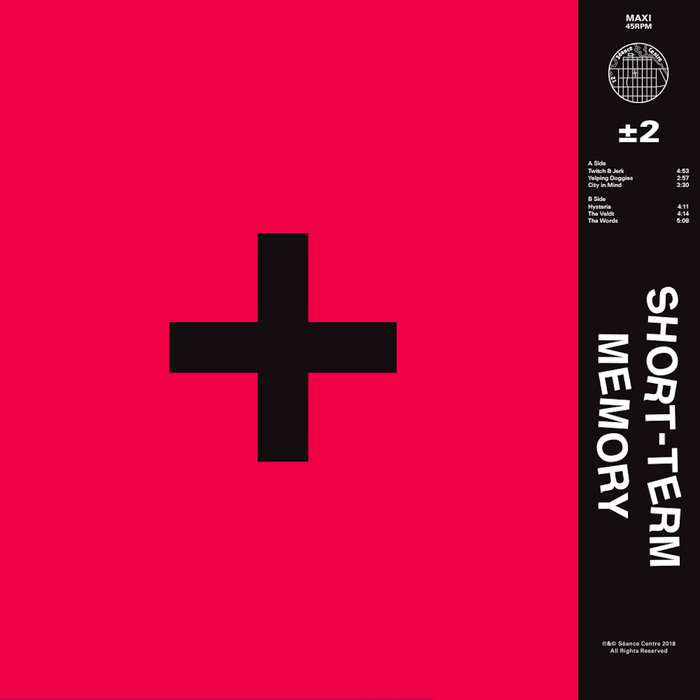 Kansas City, 1983: a band formed, wires connected and synapses fired. Three friends, tired of guitar/bass/drums rock started jamming with newly acquired synths and Roland TR 606. They called themselves Short-Term Memory. Thanks to the vanguard technology of the time, these electronic instruments spoke to each other, and Jim Skeel, Kevin Dooley & Jon Paul could program their instruments and ride the DIN-sync wave. Weekly jams became more ambitious, and in 1983 they released their first album Every Head Needs Cleaning on their own Silly Poodle Music label. Over the 80s members drifted in and out of the group, and they released 2 cassettes, an LP and a 7” EP. By the 90s Jim Skeel was at the helm, the only original member, and joined by Tim Higgins he continued to record in MIDI mode for a few years before pulling the plug, leaving recordings and memories that resisted the great fade-out of time, and today sound vibrant and more visionary than ever.

Except songs A2 & A3
Composed, Improvised and Realized by Jim Skeel and Tim Higgins
Recorded, Edited & Mixed in Binary by Jim @ Smiling Stones south of Gundam -1993

Bandcamp Daily  your guide to the world of Bandcamp